Léoville Poyferré has been owned by the Cuvelier family (who also own Château Le Crock) since 1921, yet it was not until the 1970s, when Didier Cuvelier took control at the château, that quality began to improve. In the last 20 years, Didier, with the assistance of Michel Rolland since 1995, has turned Léoville-Poyferré into one of St-Julien's finest estates.

Léoville Poyferré traditionally produced the softest and most supple wine of the 3 Léovilles, yet in the last decade the wines have definitely put on weight and body. This is largely due to the grapes being harvested riper and later and because of the increased exposure to new oak in the maturation process.

Now up with the best of the St-Juliens but still selling at non-scary prices. Léoville Poyferré is classified as a 2ème Cru Classé. 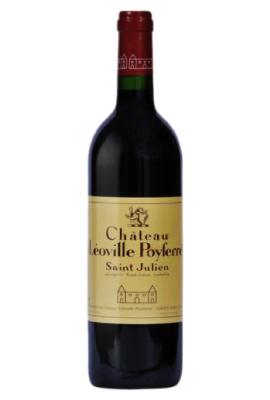