Are All Wines Vegan?

It’s completely logical to think that all wine must surely be vegan. It is, after all, a drink that’s made from pressing and fermenting grapes! While the wine itself is completely fruit-based, it’s the production techniques used in the winery that can turn a vegan-friendly blend into one that vegans would want to avoid.

How Does a Wine Become Non-Vegan?

So, at what point during winemaking can a wine become non-vegan? Well, it all comes down to the fining agents that are used to bring more clarity to the wine.

Fermentation is the magical part of the winemaking process where the natural sugars of the grapes are converted into alcohol. The fruit juice goes into a fermentation tank where yeast grows, the yeast triggers the reaction in the sugar, resulting in wine at the end of it. It’s at this stage that molecules can appear in the wine, causing it to be hazy in appearance. These molecules can be phenolics, tartrates or even the presence of tannins (if it’s a red wine).

All of these molecules are natural by-products of the winemaking process and are completely harmless to consume. So there’s actually nothing wrong with drinking a cloudy wine. However, in a world where aesthetics really matter, winemakers know that they can’t ship their wine without it being crystal clear in appearance. And the only way to do this is by extracting the molecules using fining agents.

Many of the fining agents that were traditionally used contained animal products. For red wine, it has historically always been egg whites (known as albumin), while for white wine it was milk protein (known as casein).

So Wine Has Animal Products in it?

Once the fining process has been complete, the agents used are removed. So, whether that’s the egg whites or milk protein, once they’ve done their job they are removed from the finished product. However, due to the nature of wine, tiny traces of the animal product can be absorbed, thus making it non-vegan. It’s important to remember that the likes of albumin and casein are processing agents, not additives to the wine, so they may not be clearly listed on the label.

The Future of Production

With the rise of veganism, along with an increased desire for organic and biodynamic wines, winemakers across the world are taking note and adopting a more natural approach. If wines are left to develop completely naturally, they will usually self-fine, reducing the need to introduce animal products into the process. For the wines that don’t self-fine, there are alternative fining agents available for winemakers, including clay-based methods.

While it may not be common practice for winemakers to list the fining agents used in production on their wine labels (whether it was clay, egg whites or milk protein), it can be clear to spot a wine that hasn’t had a fining agent used in it at all (and is therefore vegan). The term Unfined/Unfiltered is sometimes used on bottles to show that the wine was made without the use of fining agents, so look out for this if you’re on the hunt for a vegan-friendly bottle.

Generally speaking though, it can be difficult to figure out if a wine is vegan by looking at the label alone. So, if in doubt, always look up the producer, as they will make it clear on their website whether their wines are vegan. Or get straight to the good stuff by heading to the Vegan Wine section of our website… 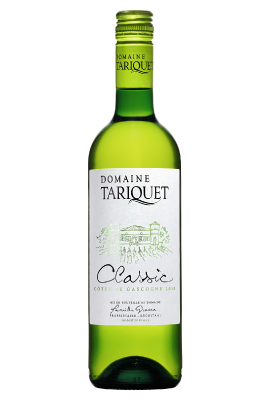